Thanks to the tyranny of geography, typhoons have been inextricably linked to the DNA of the Philippines. With the warm waters of the Pacific Ocean serving as a fertile breeding ground for tropical cyclones, an annual average of 9-10 storms cross the Philippines in a year, half of which are often destructive.

For Metro Manila in particular, Nick Joaquin wrote in his seminal book Manila, My Manila, why floods have bedevilled the development area.

"Manila took a long time to make. What is now its ground used to be sea. The sea reached as far as the present towns of Mandaluyong ("a place of waves") and Makati ("a place of tides")," Joaquin wrote.

Joaquin said that diggers in Makati often found seashells, suggesting a shoreline that ran the length of Guadalupe, with the land up north, which is now Quezon City, being completely under water.

"Floods are still a problem in modern Manila because the land level has not risen much since the days when the Pasig delta was a jigsaw of tiny isles," Joaquin wrote in the book which came out in 1990. "The site of Manila was reclaimed from the sea —and the sea is still trying to get it back!"

Through the antique photo gallery of collector John Tewell, we can catch a few glimpses of these flooded chapters in our history from the early 20th century, such as this photo which is said to have been taken around 1914.

Tewell, who was a pilot from Kansas, said in an interview with The Philippine Star that he started collecting old photos after he retired in 2007 and moved to the Philippines.

"As I am a visual person, a photographer since the 1950s, I was always pointing in the direction of photography. My wife and I stopped by an antique shop in Ermita in 2008 where I found a complete album of 1930s portrait photographs and I bought it. That started me actively searching for other heritage photographs; I enjoy collecting them and looking at the stories they tell, and beyond," said Tewell.

The photo below, according to Tewell, is a snap of a Manila flood from an album compiled by a man named George Howatt, who worked for the board of education in Manila, Philippines, 1910-1913. 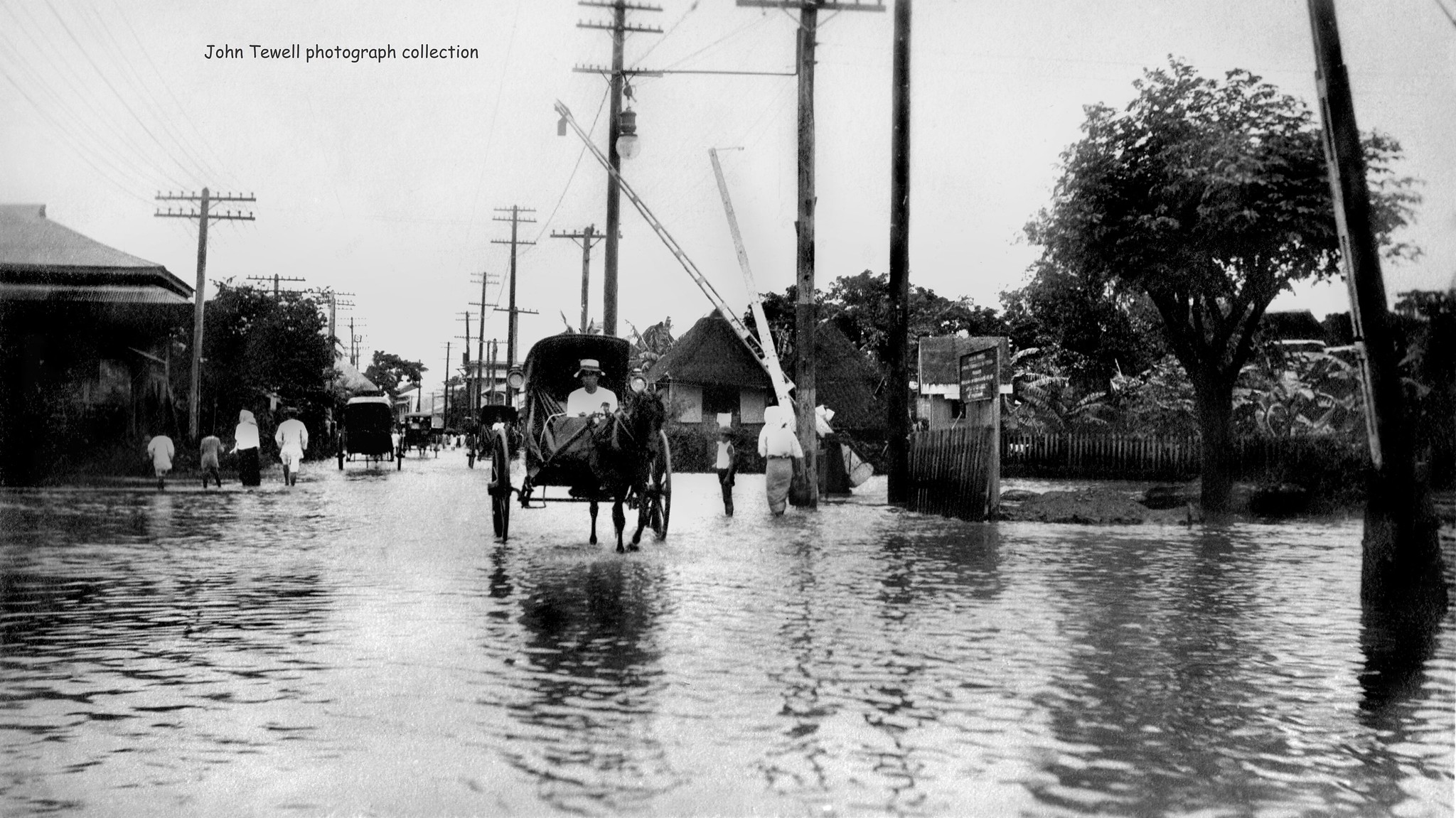 The photo below is a flooded Manila street after a typhoon around 1905. 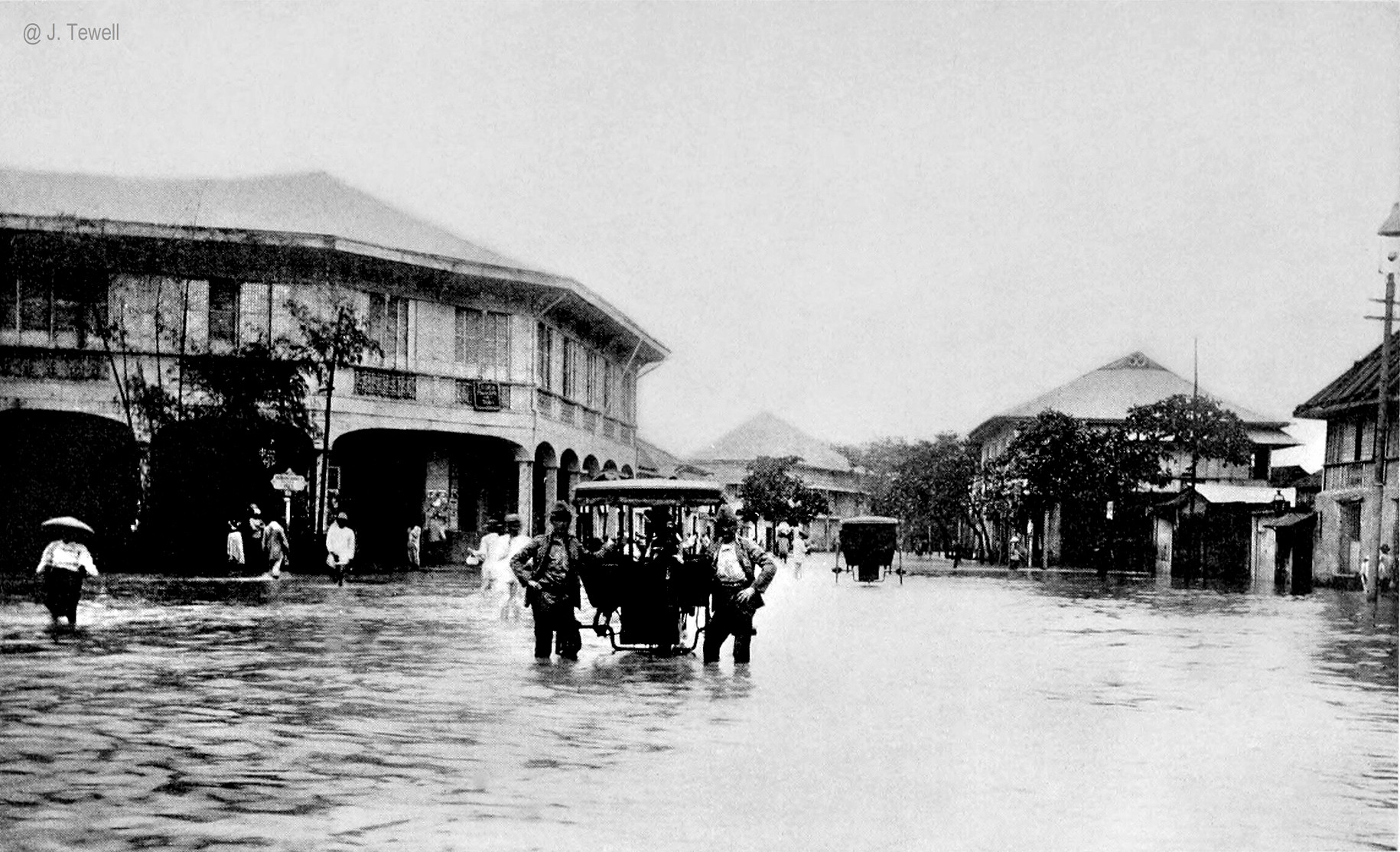 The photo below is a flooded area of Bilibid Viejo, which is around Quiapo. 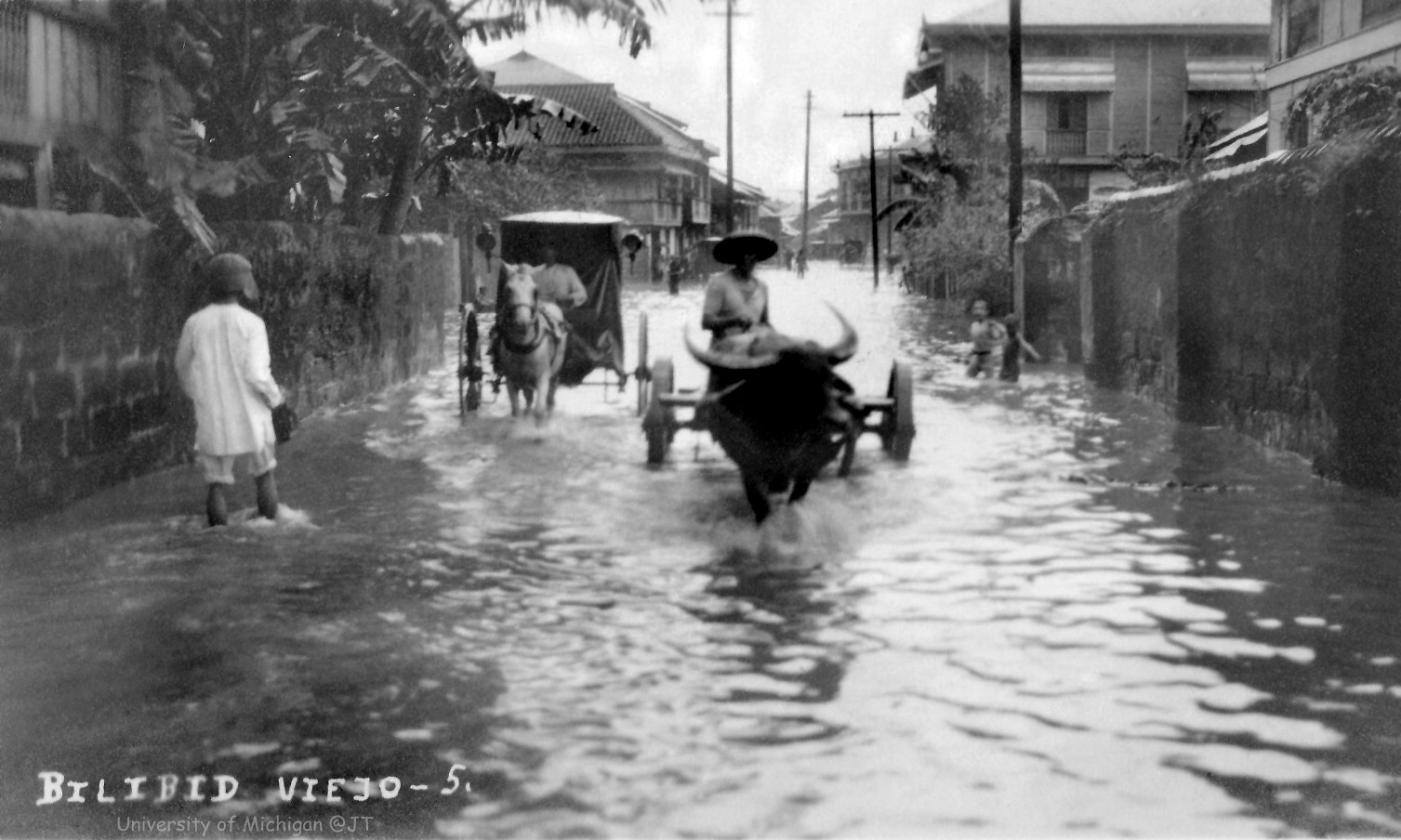 The photo below shows three women in a tub taken sometime in the years 1910-1915. 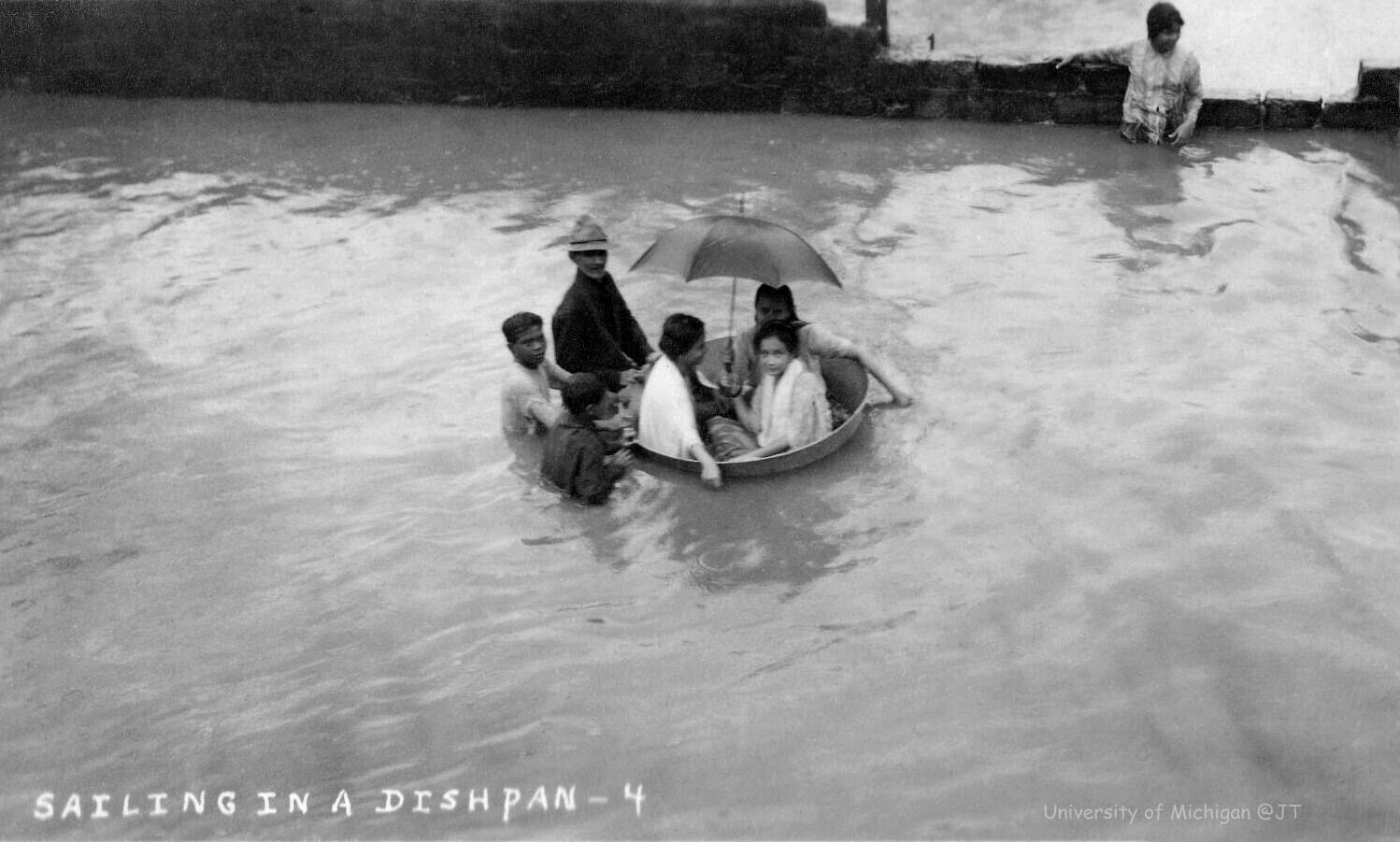 The photo below shows a carromata, or a horse-drawn carriage, moving through a flooded street. 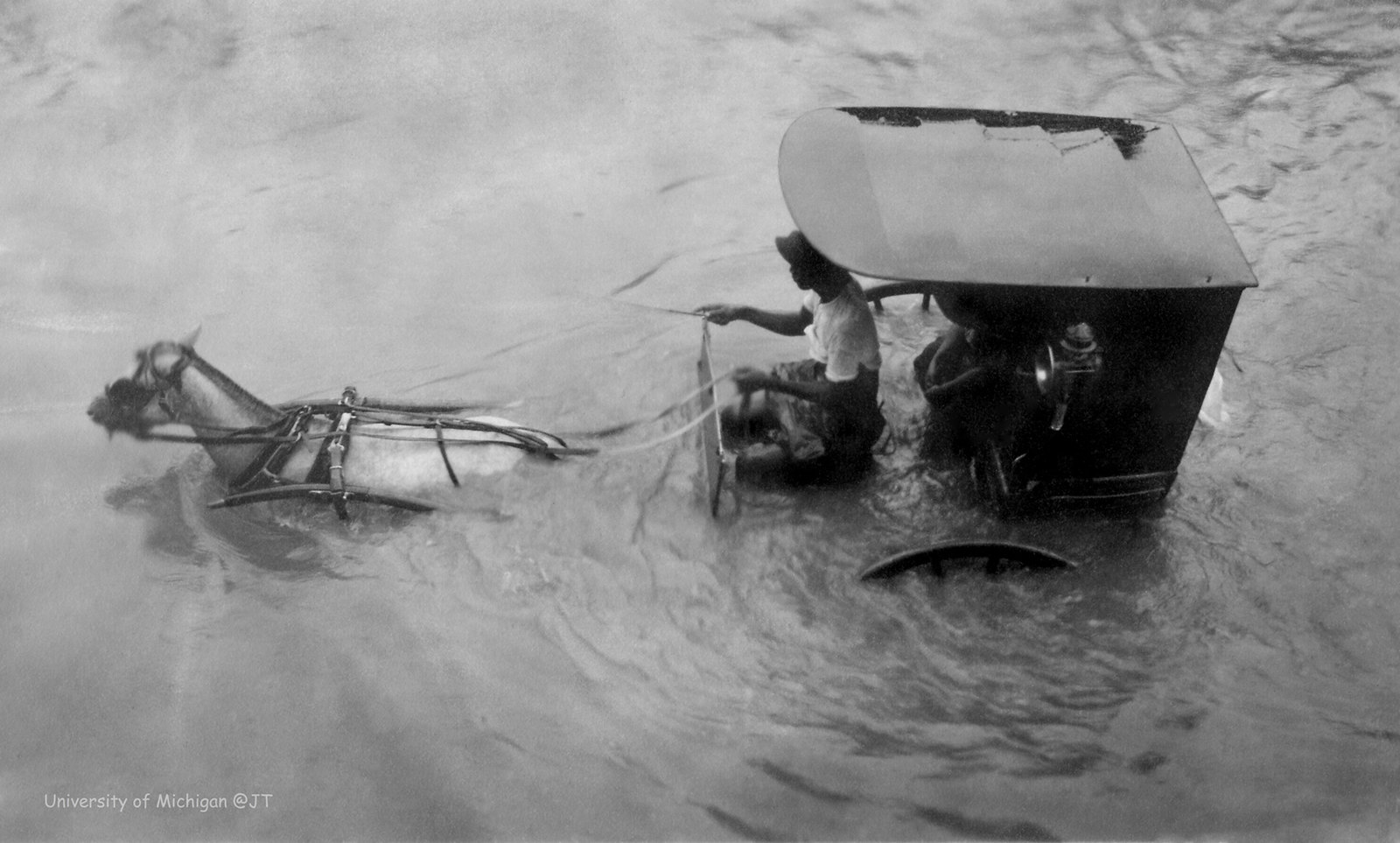 This photo, a property of the University of Michigan Library Special Collections, shows a flooded street in front of the Philippine General Hospital. 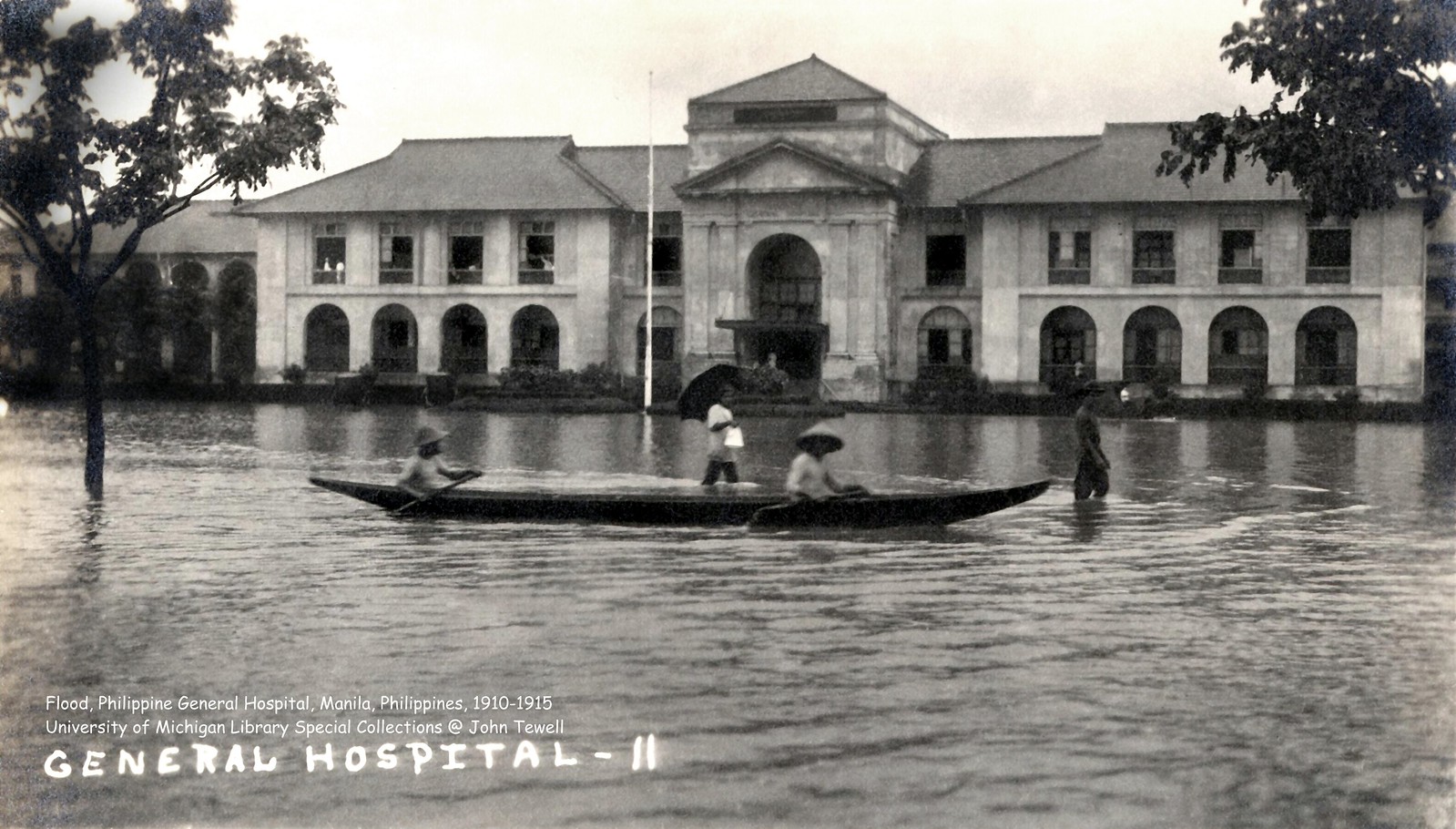 The photo below shows a young girl walking in floodwater in 1904. Tewell wrote that the top picture, which is the intersection of Escolta Street and Tomas Pinpin, is edited and fake. The bottom photo is the unaltered photograph from the National Anthropological Archives, Smithsonian Museum. 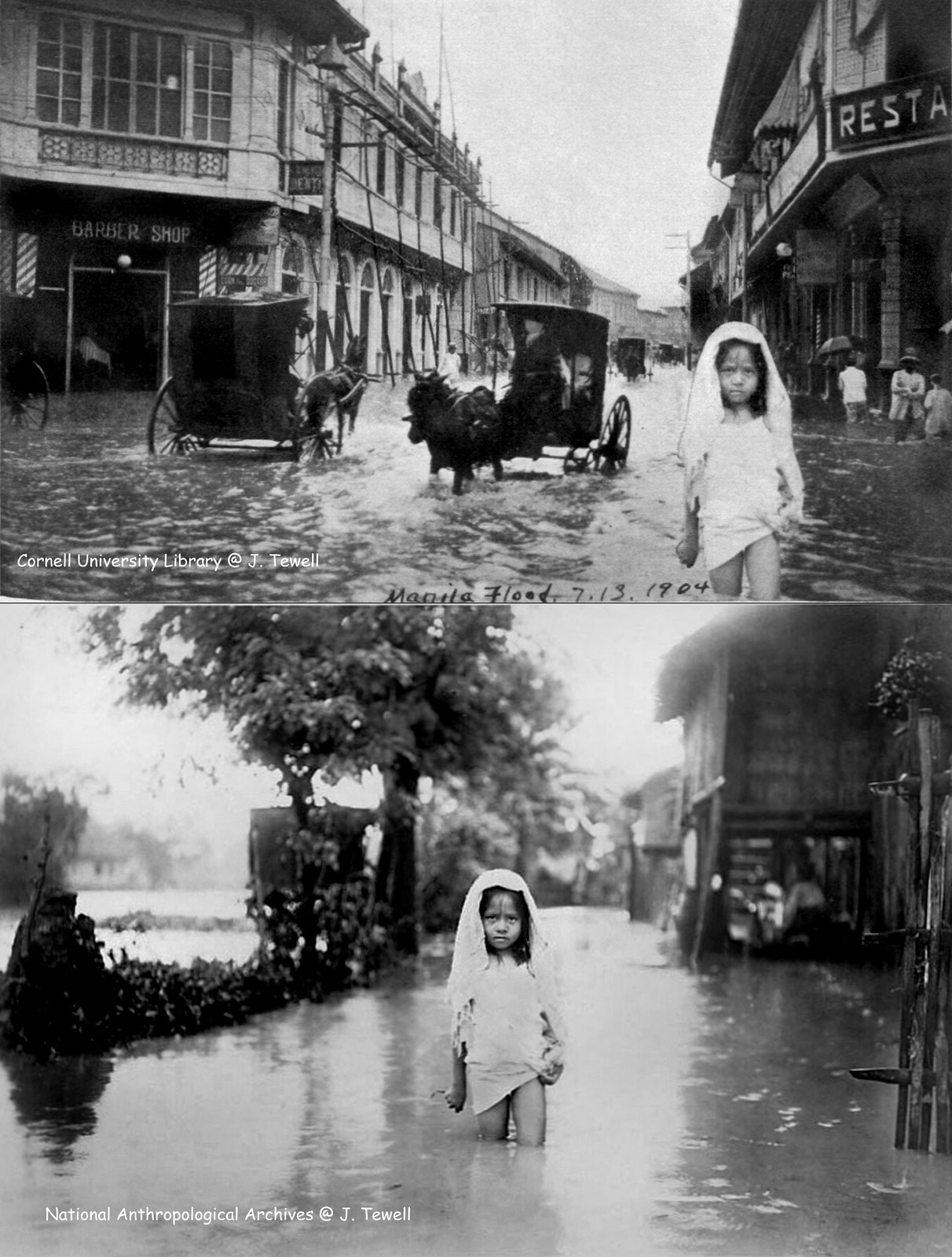 The photo below is taken along an estero featuring houses on stilts after a typhoon on September 7, 1900. 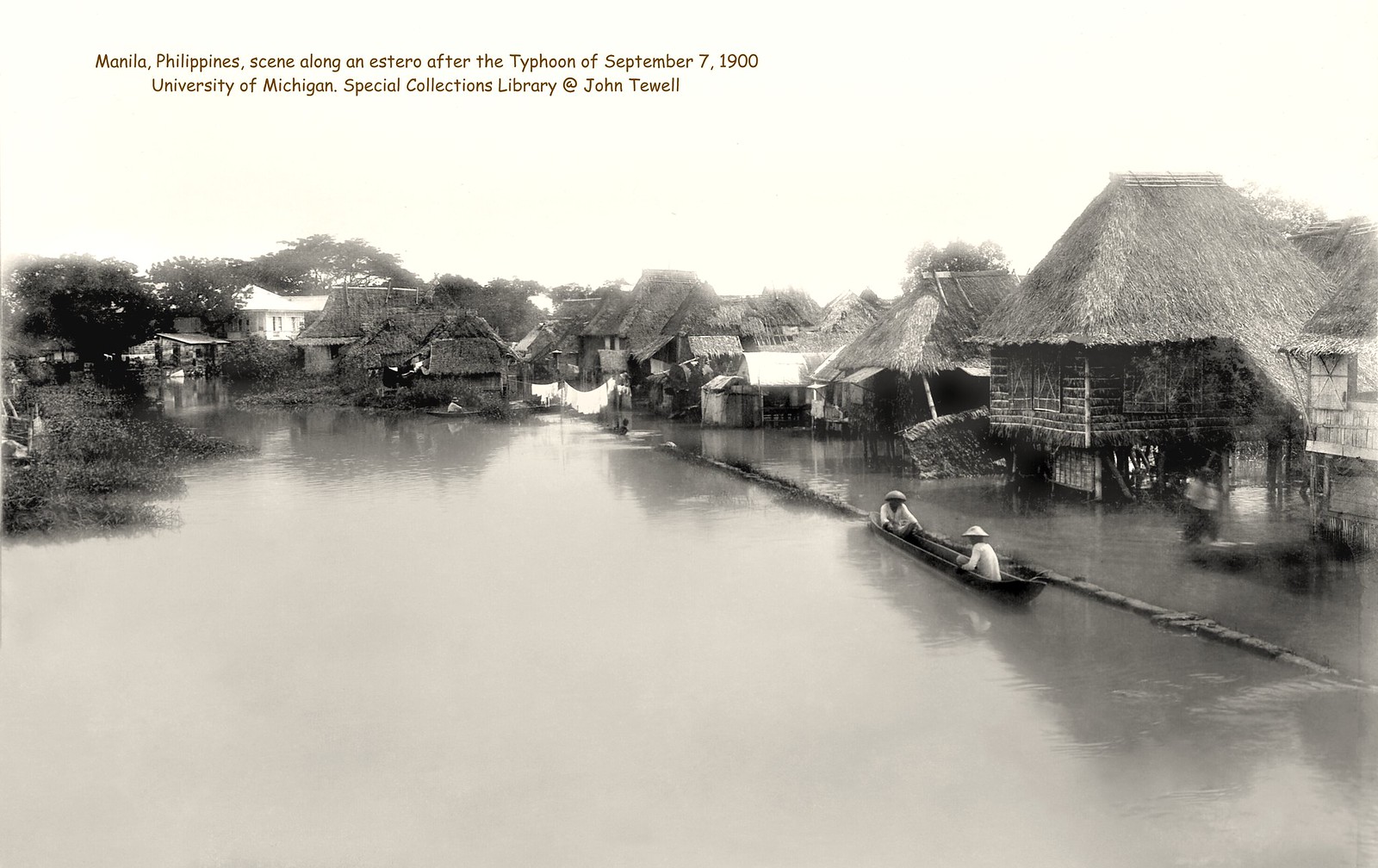 This photo is reportedly on the outskirts of Manila sometime during the early 20th century. 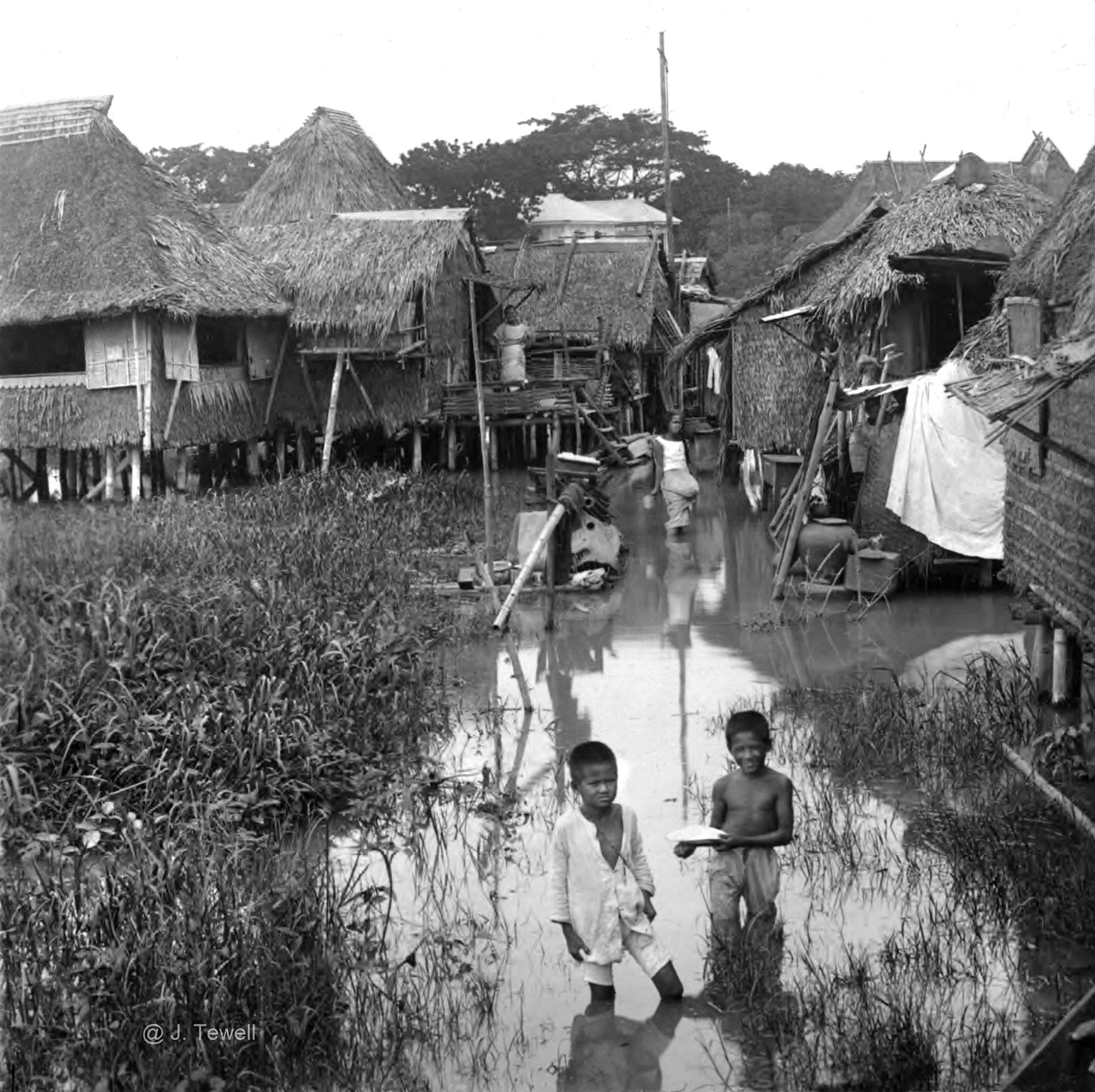 This photo below was reportedly taken in 1936. 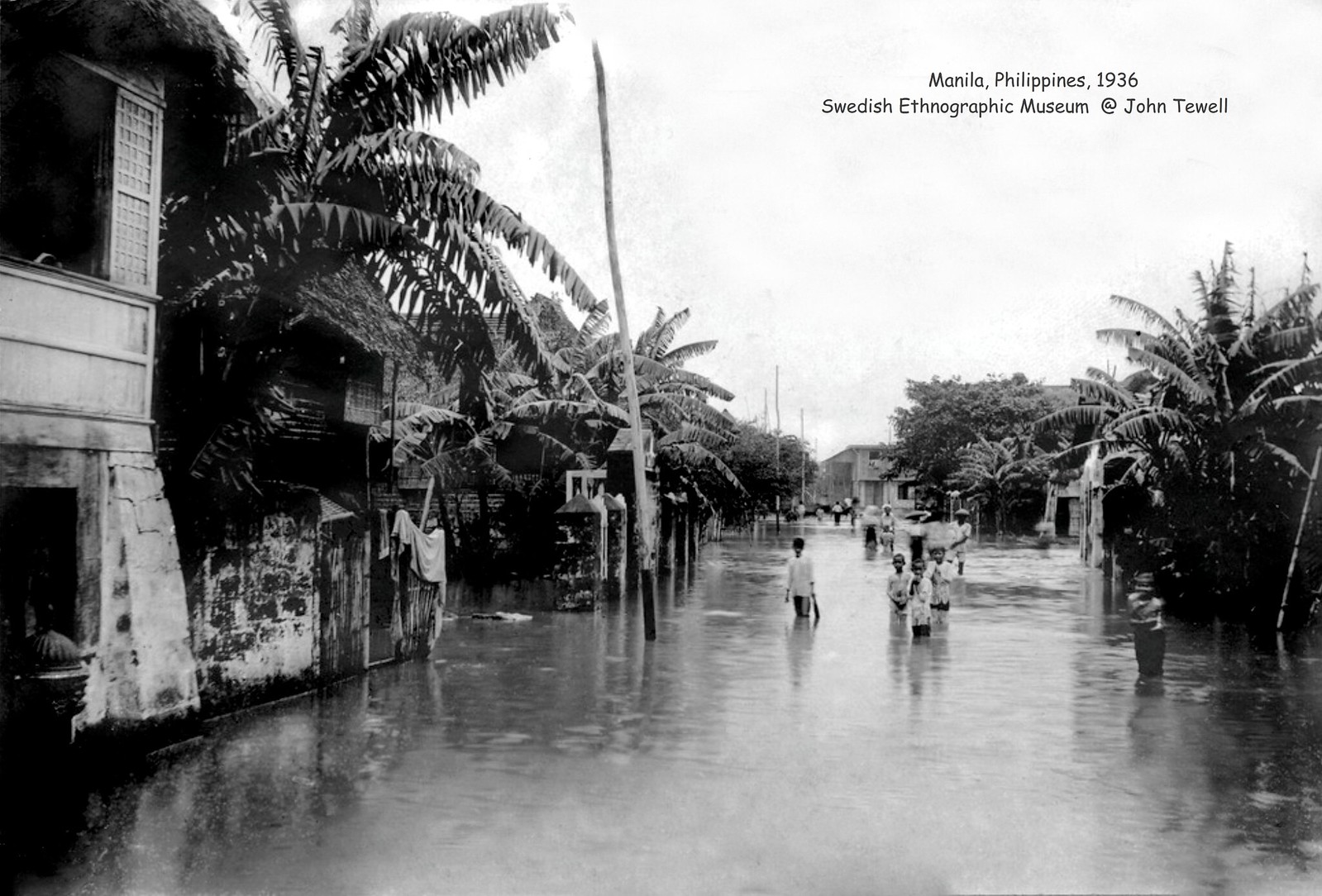 The photo below shows a reported rescue on a flooded area near the Philippine General Hospital sometime around 1910-1915. 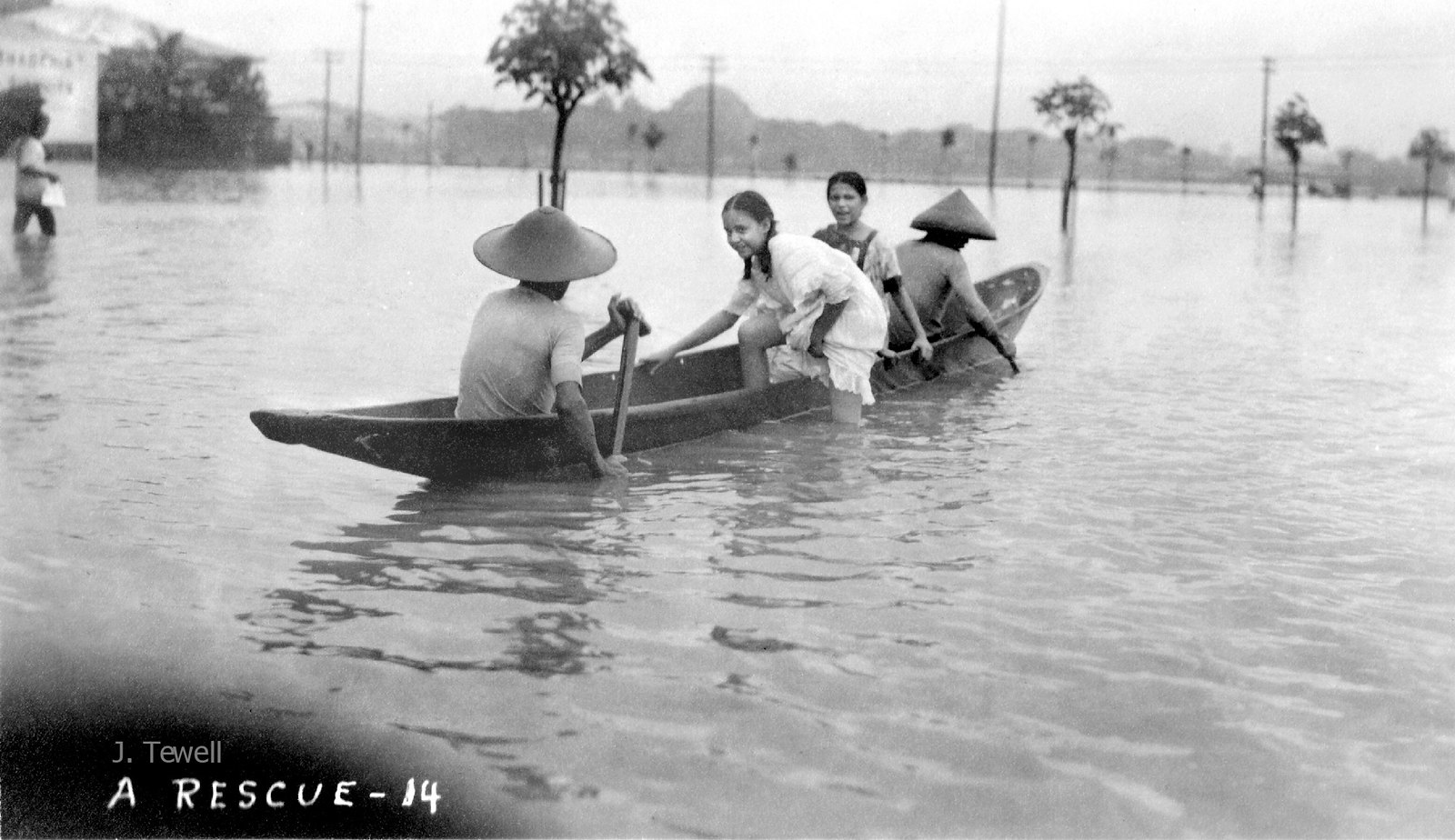 This photo shows the Bridge of Spain or Puente de España over the Pasig River in Manila during the early 20th century. The bridge connected Binondo and Sta. Cruz with Central Manila, before it was damaged by the flood. It was eventually replaced by the Jones Bridge. 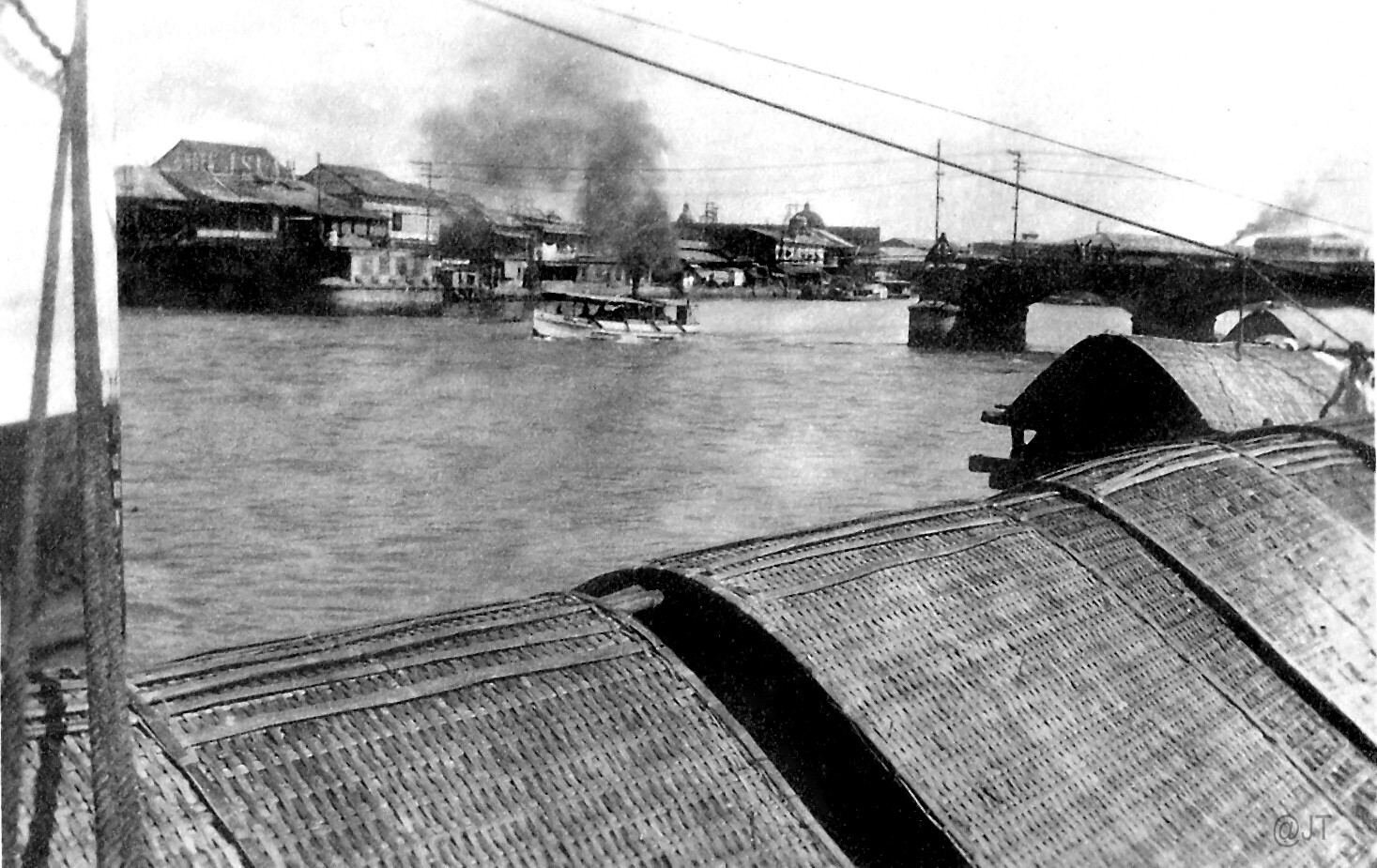