Style Living Self Celebrity Geeky News and Views
In the Paper BrandedUp Hello! Create with us
A 2010 photo of Steve Jobs (Matthew Yohe/Wikimedia Commons), and his brown suede Birkenstock Arizona (Julien's Auctions)

The pair of sandals worn by the late Apple co-founder Steve Jobs sold for nearly $220,000 (P12.6 million) at an auction in New York.

Julien's Auctions said Jobs's pair of brown suede Birkenstock Arizona was sold to an unnamed buyer for $218,750. The buyer also got an accompanying NFT or non-fungible token. 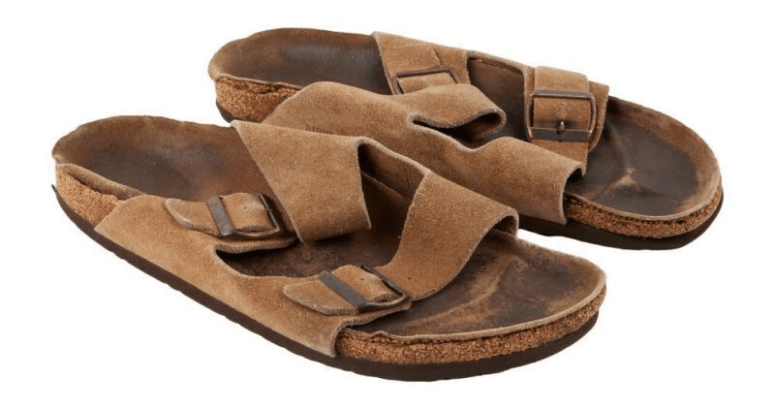 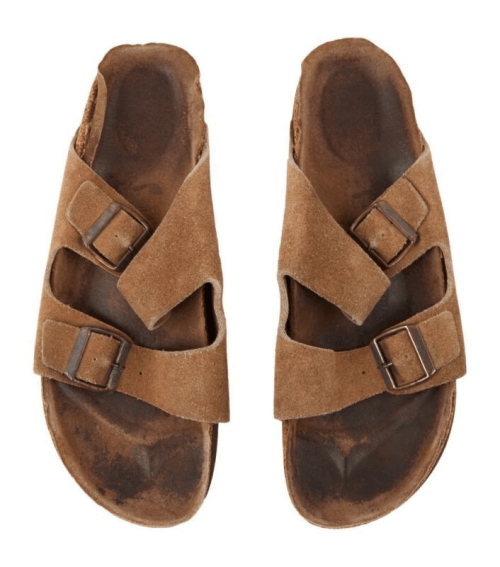 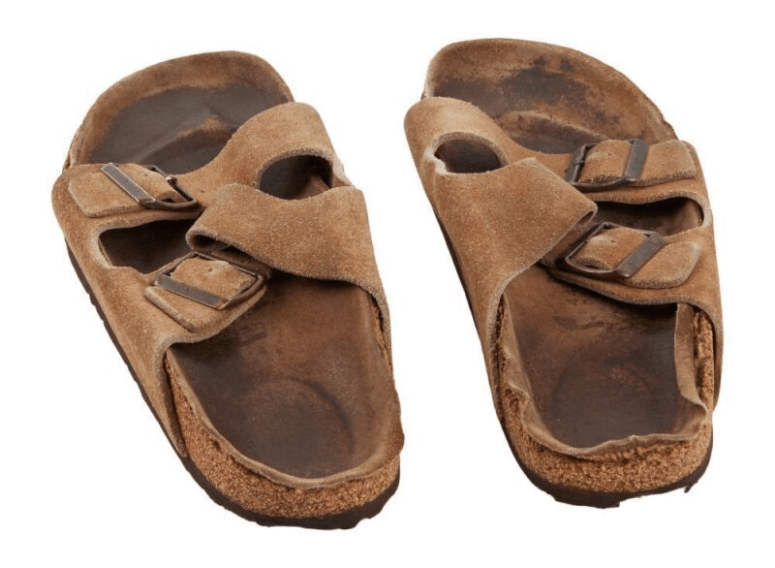 On its website, the auction house noted that the cork and jute footbed retains the imprint of the entrepreneur's feet, which had been shaped after years of use. The rubber soles of the sandals also show heavy wear from use.

"The sandals are well-used, but still appear intact," the listing read. "Each sandal features its original Birkenstock adjustable buckles and Birkenstock stamping on the inner edge of the suede leather foot straps."

Julien's Auctions also noted that Jobs wore the particular pair of sandals in the '70s and '80s "during many pivotal moments in Apple’s history."

“In 1976, he hatched the beginnings of Apple computer in a Los Altos garage with Apple’s co-founder Steve Wozniak while occasionally wearing these sandals," the listing read.

Julien's Auctions said Jobs became "fascinated" with Birkenstock when he discovered its "ingenuity and practicality."

The sandals became part of Jobs's signature wardrobe, which included a black turtleneck sweater and a pair of blue jeans. According to Washington Post, Chrisann Brennan—his former partner and mother of his first child—in a 2018 interview said he even wore them during winter.

“The sandals were part of his simple side. They were his uniform,” Chrisann Brennan told Vogue, as quoted by Julien's Auctions in its listing. "And in Birkenstocks he didn't feel likea businessman, so he had the freedom to think creatively."

Jobs's sandals have been exhibited several times in Italy, Germany, and New York.

Jobs died of complications from pancreatic cancer in 2011. He was 56.