Rupert Grint, popularly known as Ron Weasley from the Harry Potter films, is finally on Instagram! In less than 24 hours, he raked in two million followers and counting.

For his debut on the ‘Gram, he shared a sweet photo of him with his six-month-old daughter sleeping on his chest with the caption “Hey Instagram… only 10 years late, but here I am. Grint on the Gram!” His first post currently has more than 1.5 million likes.

Hey Instagram....only 10 years late, but here I am. Grint on the Gram! Here to introduce you all to Wednesday G. Grint. Stay safe, Rupert

In his post, he also introduced his daughter to the world “Here to introduce you to all to Wednesday G. Grint.” And signed it off “Stay safe, Rupert.”

It was in April when it was confirmed that Grint, 32, and his girlfriend of nine years Georgia Groome, 28, were expecting their first child. A month later, the birth of their daughter was announced through the couple’s representative.

Grint, who currently stars in the psychological horror TV series Servant, has shied away from the spotlight and prefers to keep a private life, so him hopping on the social media bandwagon has excited fans. 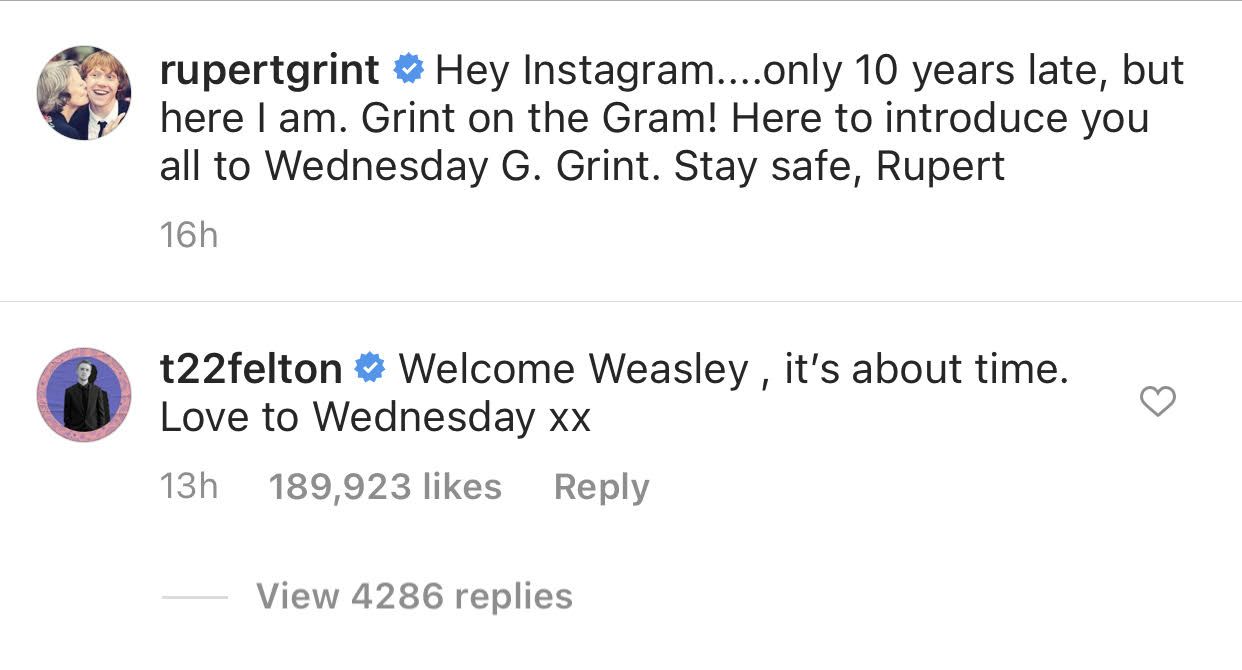 Grint also paid tribute to his Harry Potter co-star Maggie Smith (Prof. McGonagall) through his profile photo of him and the award-winning actress during the 2009 premiere of the Harry Potter & the Half-Blood Prince in London.