Here's something to look forward to in the future of our post-pandemic travels! Studio Ghibli fans will soon be able to explore a real-life version of Howl's Moving Castle.

The whimsical fortress that transports Sophie and the wizard Howl is just one of the attractions in the Ghibli theme park in Japan's Aichi Prefecture set to open in Autumn 2022.

The acclaimed Japanese animation house has teased a new artist's impression of the real-life Howl’s castle, which is generating a fresh wave of excitement among anyone who has dreamed of being whisked away to another world. 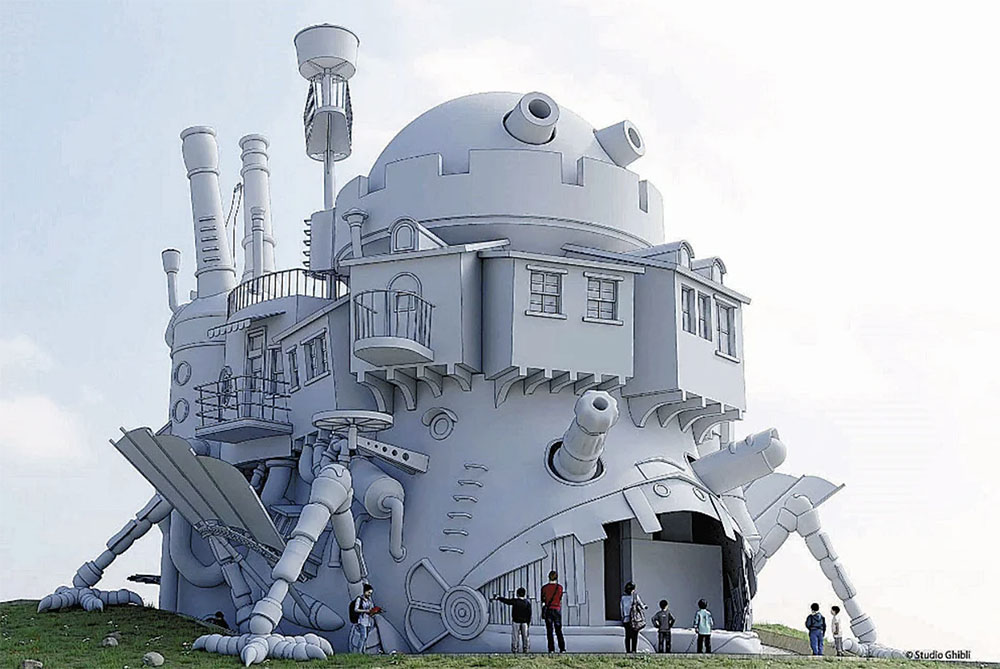 However, unlike the animated version, this castle will be grounded and won't actually move. The wizard's castle will stand approximately four to five stories tall and will be among the first few attractions to open to the public next year. Despite the delays caused by the pandemic, construction on the theme park is still ongoing, as reported by Timeout.

Based on initial concept art released in 2019, the Studio Ghibli theme park will be divided into five themed lands: Ghibli’s Giant Warehouse, Valley of Witches, the Princess Mononoke village, the Dondoko Forest from My Neighbor Totoro, and the Hill of Youth area based on Howl’s Moving Castle and Castle in the Sky. A dining hall area has been modelled after Spirited Away. 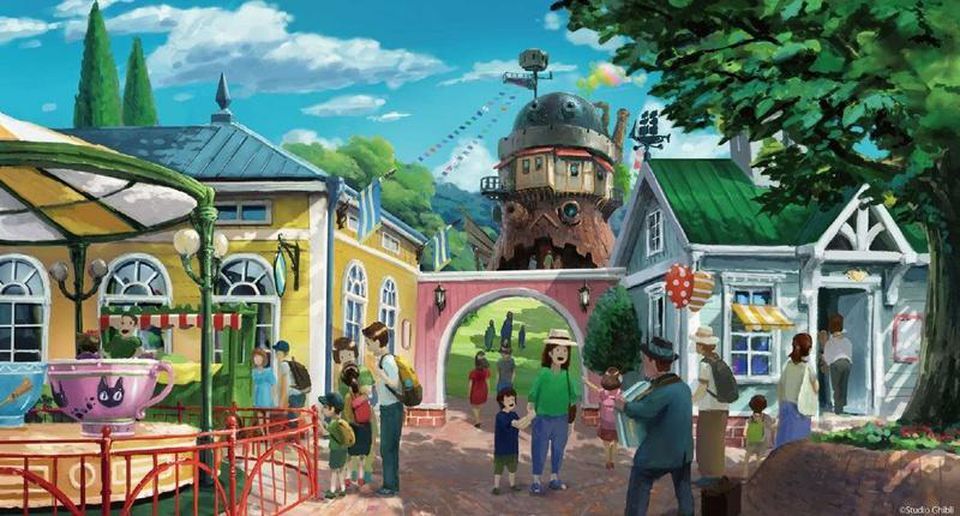 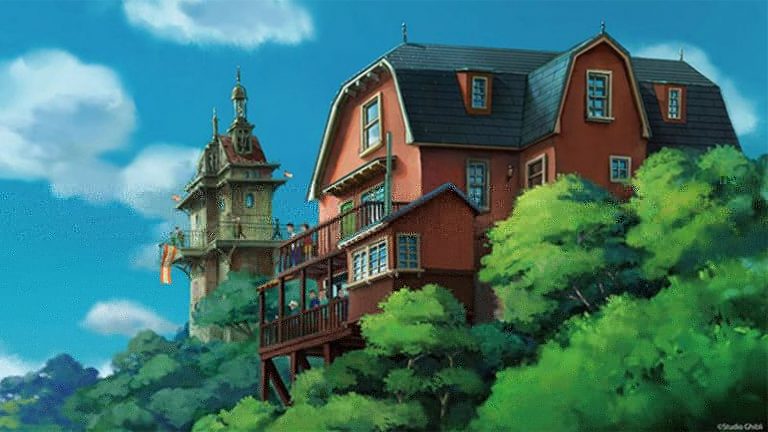 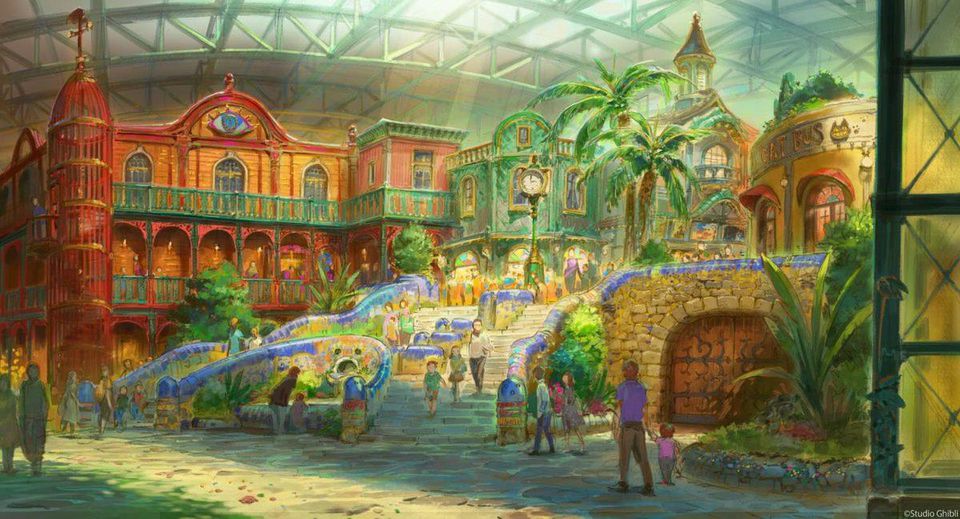 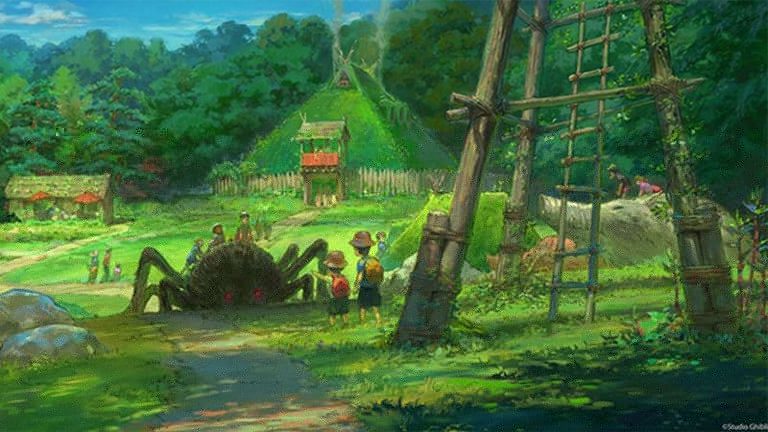 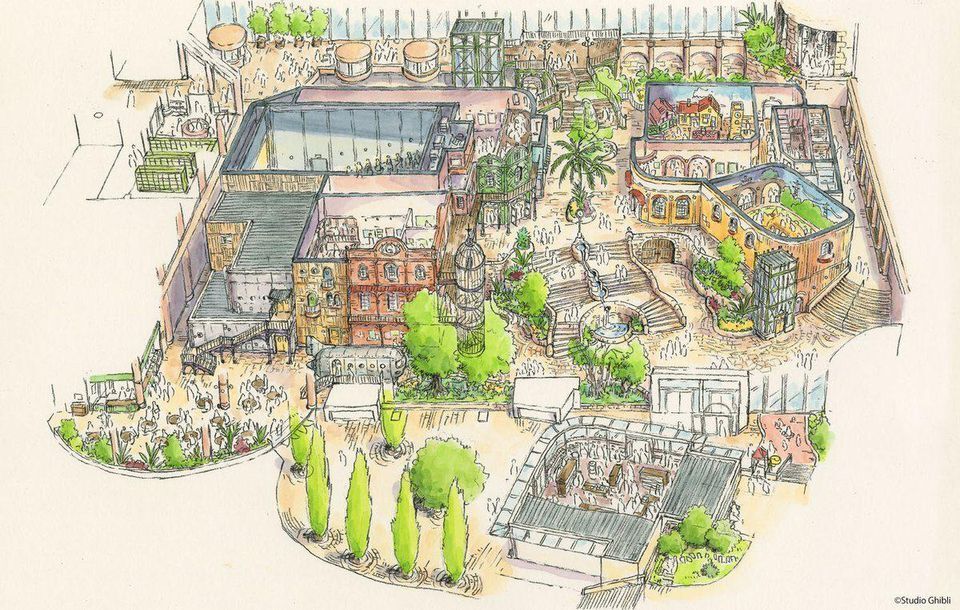 Hill of Youth will have a giant elevator offering views from an observation tower. It will be located at the park’s entrance. The section will also feature European-style brick buildings and the antique gift shop from Whisper of the Heart here.

Ghibli’s Giant Warehouse will feature Japanese and Western fusion-style buildings. This all-weather indoor attraction will have a playground, exhibition room, a cinema, shops, restaurants and literal warehouse of revolving exhibits.

The Dondoko Forest area contains a replica of Mei and Satsuki’s iconic fixer-upper home from My Neighbor Totoro, with lush nature and a rural landscape echoing the Showa period (1926–1989). The surrounding area will become the rural landscape from the film, with walking tours and paths planned.

Mononoke's Village, based on the film Princess Mononoke, will transport visitors to the film’s setting of Irontown (Tatara), which is protected by a lake and high walls. It will also house a sculpture of a Tatarigami spirit monster, the boar god Lord Okkoto and more mystical creatures. Princess Mononoke Village will transport visitors back to the Muromachi period (1336–1573) when the film is set.

Valley of the Witches is a colorful area inspired by the setting of films Kiki’s Delivery Service and Howl’s Moving Castle. The land will include restaurants and amusement facilities and will have replicas of the castle itself and Karikiya, the home of the young witch Kiki and her parents.

The Studio Ghibli theme park is located on 7.1 hectares of land within the former site of the 2005 World Expo, Aichi Earth Expo Memorial Park. The site is located in the countryside east of Nagoya, the capital of Japan’s Aichi Prefecture, about a three-hour journey from Tokyo by Rail.

The Ghibli Park will be an environmentally-friendly theme park that will celebrate the natural beauty that inspired Studio Ghibli’s lush animation, with nature trails lined with statues of spiders, boars and other Ghibli characters. According to news reports, Miyazaki insisted that no trees be cut down in the formation of the park.

While there will be a few rides, the park will feature plenty of natural, untouched space and celebrate the natural beauty that inspired the settings of many Ghibli films.

Howl's Moving Castle will be one of the first few attractions during the park's soft opening in 2022. The Giant Ghibli Warehouse and Dondoko Forest are expected to be finished by 2023. Meanwhile, the Valley of Witches and Mononoke’s Village will debut in March 2024.