The Gundam.info website officially unveiled eight additional cast members for the Mobile Suit Gundam: Hathaway anime which will premiere in Japan on May 7.

The first in a trilogy of films, Hathaway is mainly set in the futuristic city of Davao in the southern part of the Philippines. However, what caught the eye of Filipino fans everywhere on this latest update is the inclusion of a famous fast food franchise that is synonymous with being Pinoy.

The most obvious is in one of the released stills, which features a mascot's round figure with red and yellow stripes, in the background. Any Filipino will tell you it obviously references the famous fast food mascot, Jollibee.

The same image has the menu of the fast food chain's iconic "value meals" (a Yumburger and Jolli Spaghetti) displayed on the window. At the table, meanwhile, the characters are having Chickenjoy, the restaurant’s signature specialty.

Another image shows a different angle of the same scene with a much closer look at the Chickenjoy box's lid. On the side is the unmistakable sillhouette and color of a bottled water brand that's commonly available at many local convenience stores. 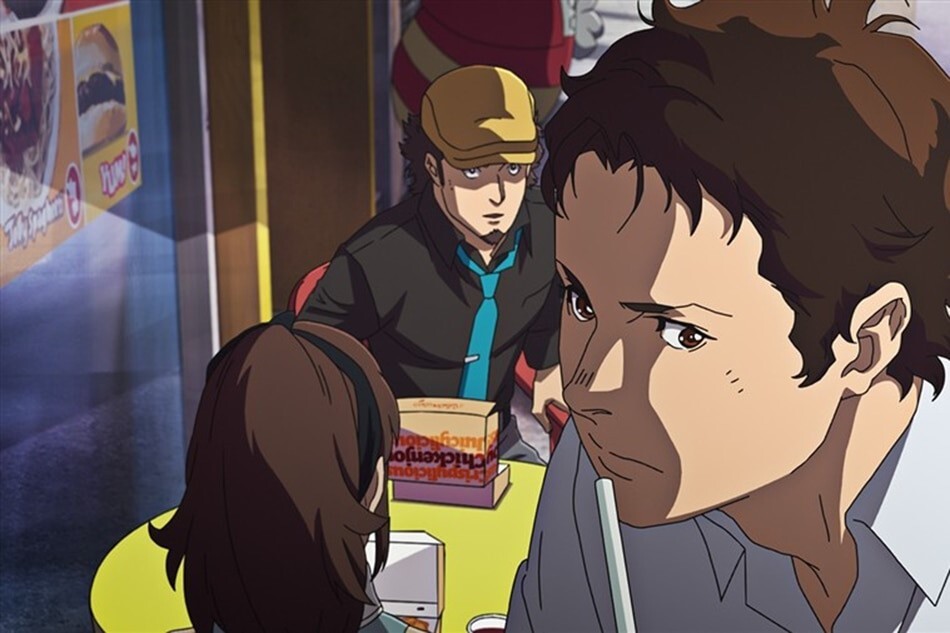 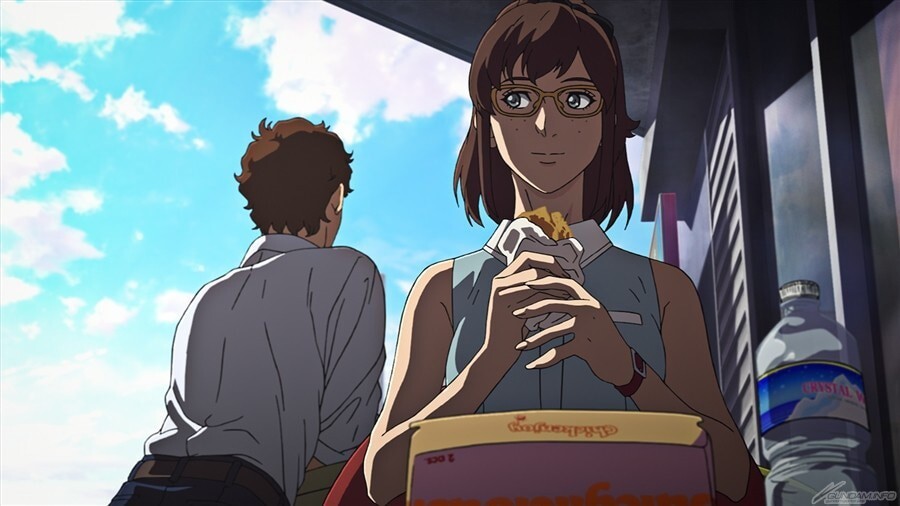 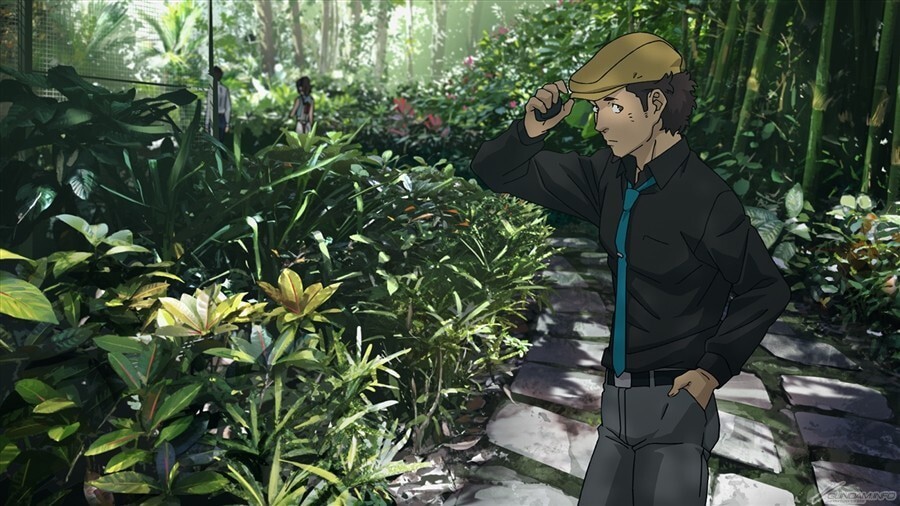 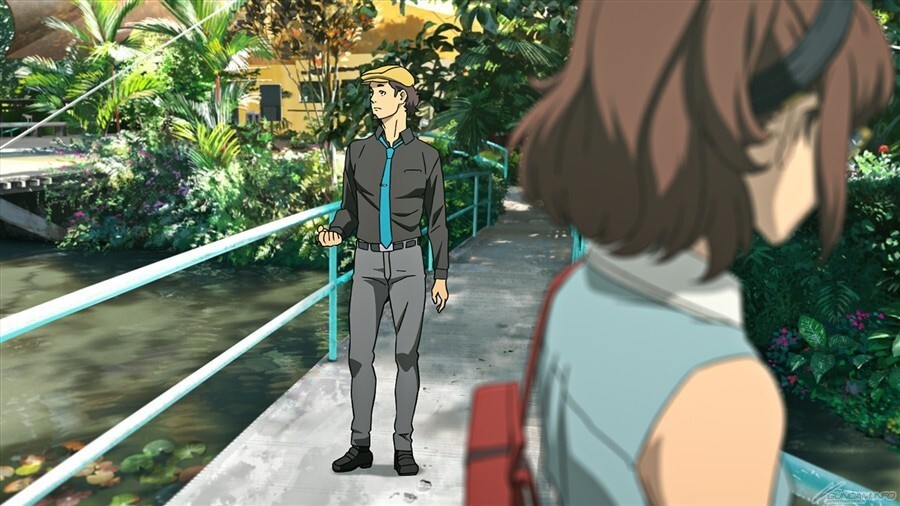 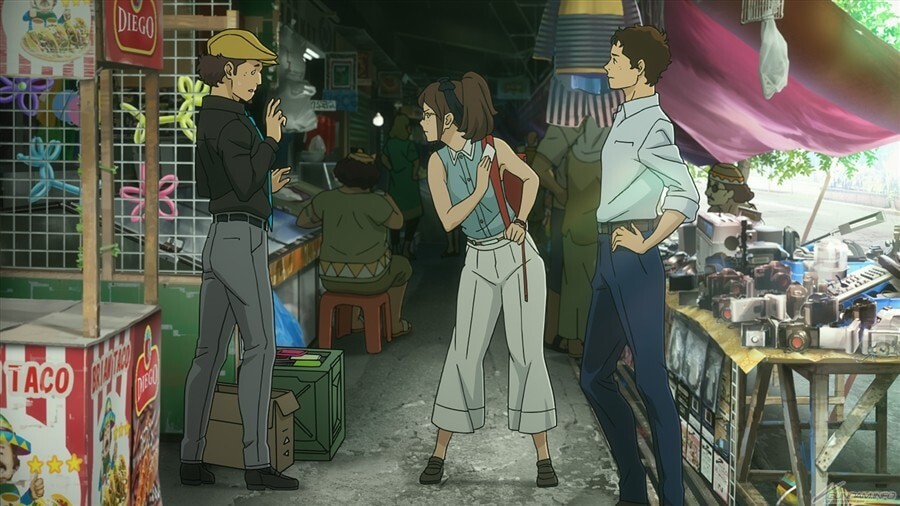 A few more images from the anime also reveal some of the characters exploring a tropical garden. The exact locations are unconfirmed, but Davao's tourist spots are usually at beautiful tropical settings and floral gardens.

Check out the official trailer (with English subs) here:

Additionaly, eight new characters were announced as well as their voice actors, revealing the return of veteran Koichi Yamadera who will be playing Hundley Yeoksam. He is notable in the franchise for voicing Gyunei Guss in Mobile Suit Gundam: Char’s Counterattack.

Scroll through the gallery for the rest of the voice actors and their characters: 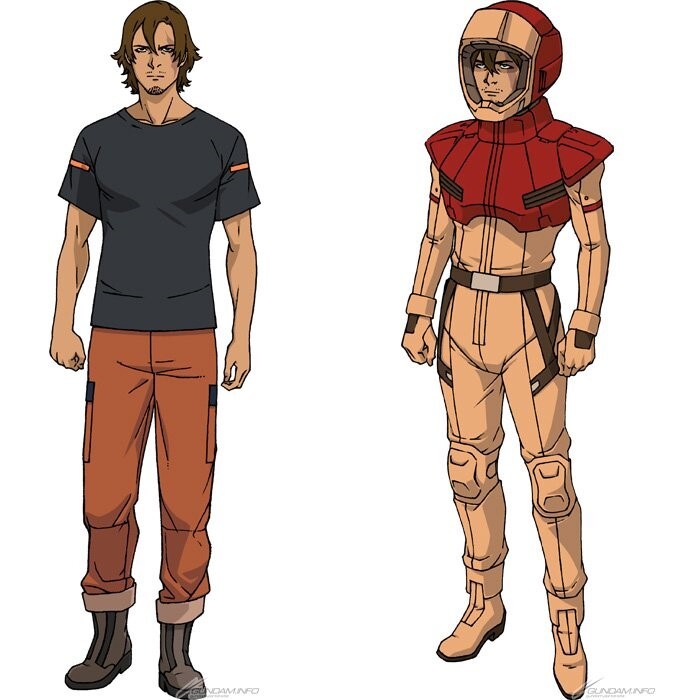 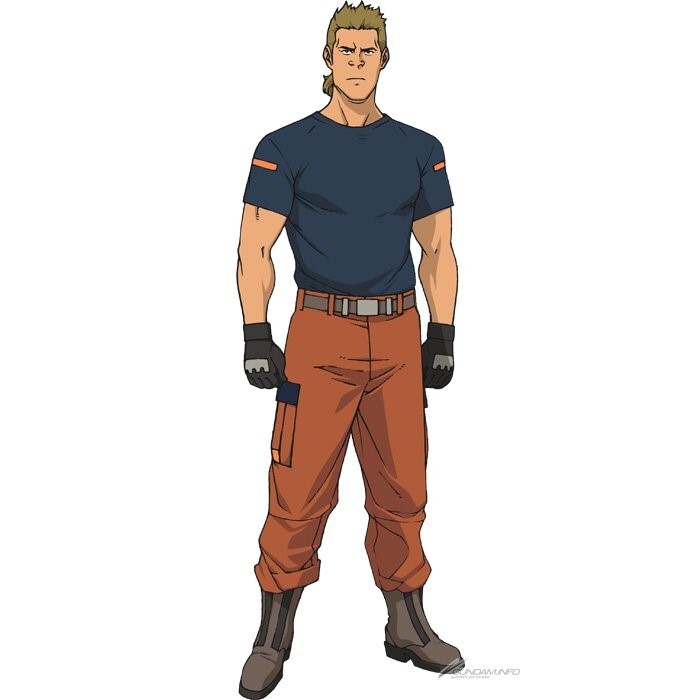 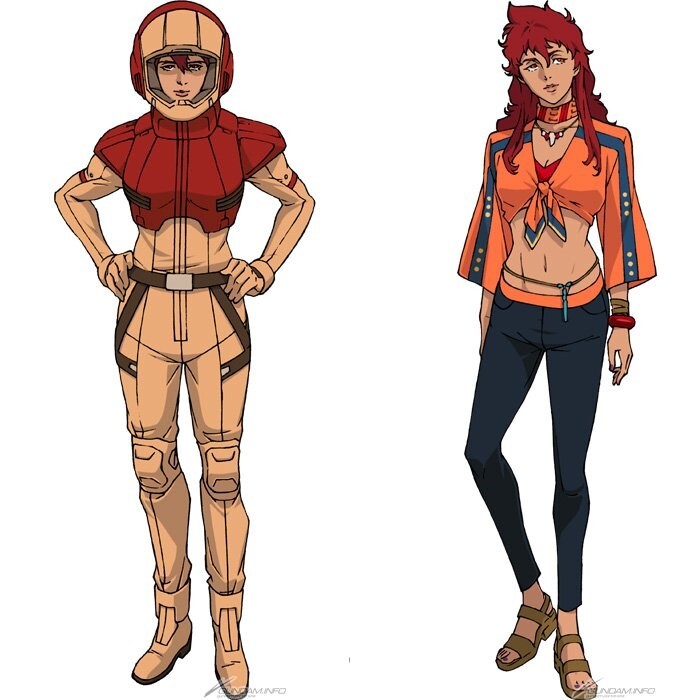 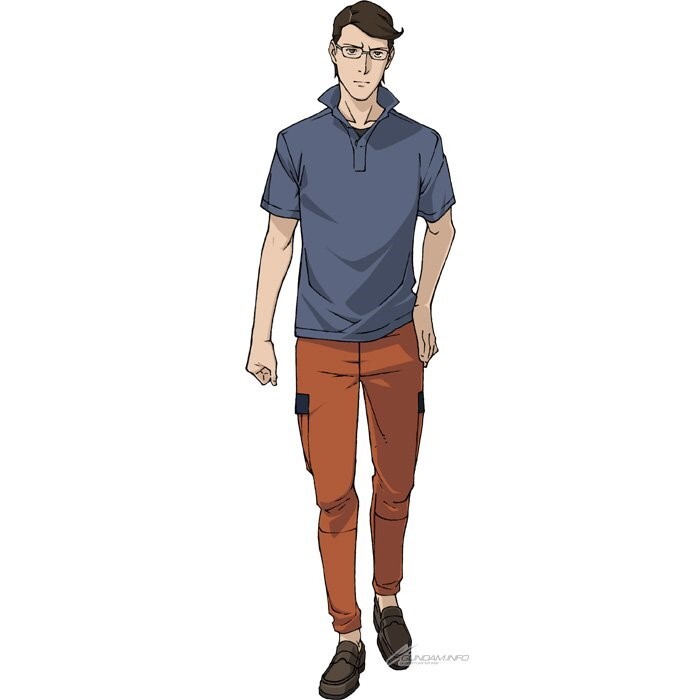 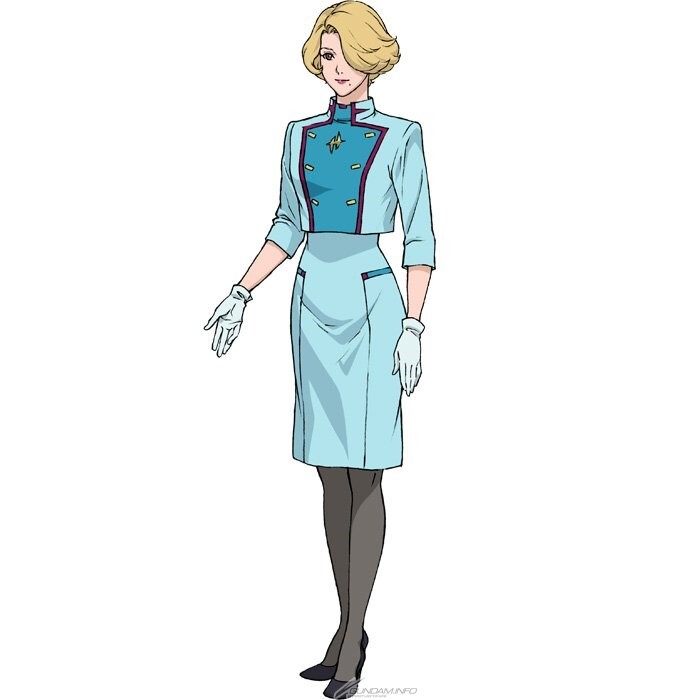 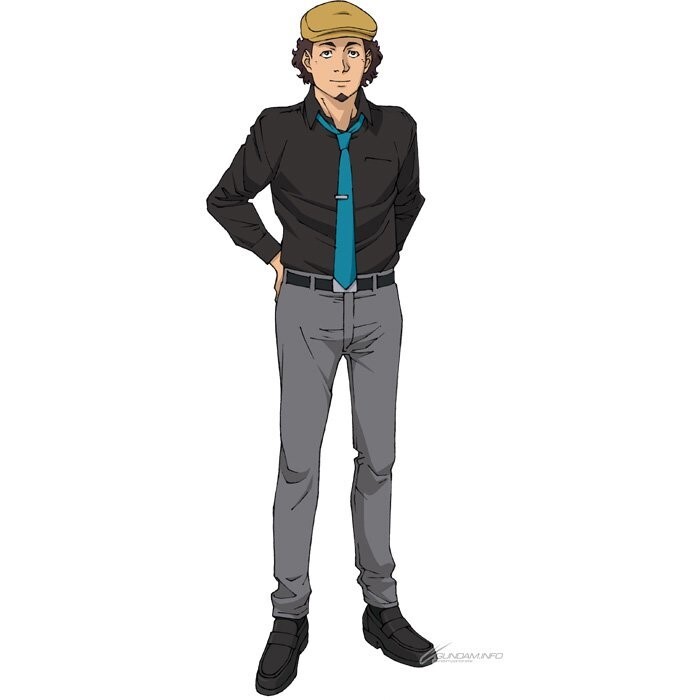 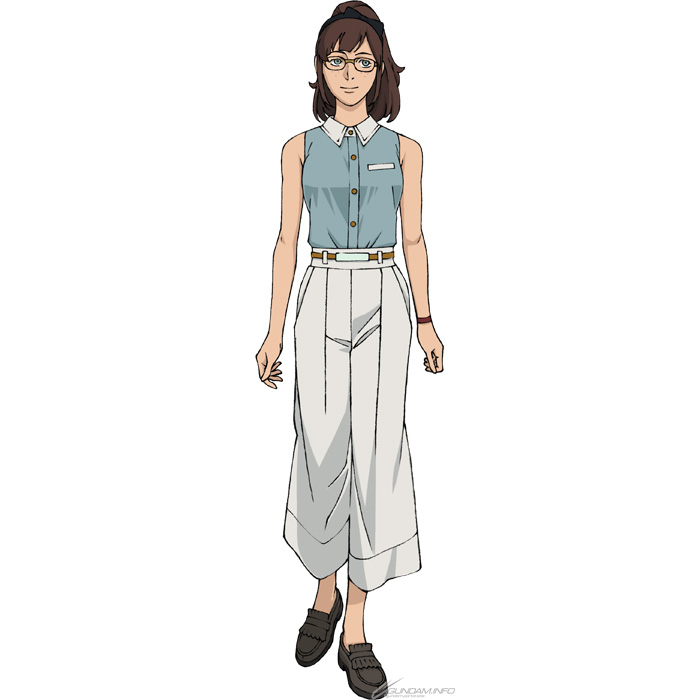 As of this writing, there is still no word on when the film will be released in the Philippines.

Margaux currently works full-time at her dream job helping anime, manga, and game companies reach fellow fans like herself. She spends most of her time either on the road, on her computer, or at front-row seats at musical theatre plays.