Four models were unveiled Tuesday, Sept. 14 in Cupertino, California, which follows last year's lineup: a base iPhone 13, a Mini, a Pro, and a Pro Max.

What's new with these iPhones?

And like the previous iterations, the 13 series sports the same Lightning port and 5G support. Its other upgrades lie within like its new A15 Bionic chipset, which makes the lineup perform and tackle daily tasks with ease.

You'll see some notable design changes with the base and mini models compared to its iPhone 12 counterparts, especially with the smaller notch in front and a diagonal camera layout at the back.

During the launch, Apple was mainly boasting about the iPhone 13's new Super Retina XDR OLED display which they made more durable. All the new iPhones feature Ceramic Shield protection and IP68 water resistance.

The iPhone might be late to the high refresh rate party, but the Pro and Pro Max finally support 120Hz—a feature we've been seeing in most Android flagships for the past couple of years now. The 120Hz refresh rate makes gestures, animations, and activities onscreen feel more responsive.

Now, Apple has never been one to spill details about the iPhone's battery capacity and it still didn't divulge a lot of details this year. But, the tech giant did say that this year's models have better battery life than the iPhone 12, with the base model and Pro Max providing 2.5 more hours of use, and the Mini and Pro extending battery life by 1.5 hours.

For cameras, the new iPhone 13 line features upgraded lenses with wider apertures and new video features. The biggest is Cinematic mode, which lets you rack focus between subjects, like a professional-grade camera, by simply tapping on the screen.

The Pro and Pro Max also get a new macro mode, allowing the phones to shoot subjects up close with a minimum focus distance of two centimeters. 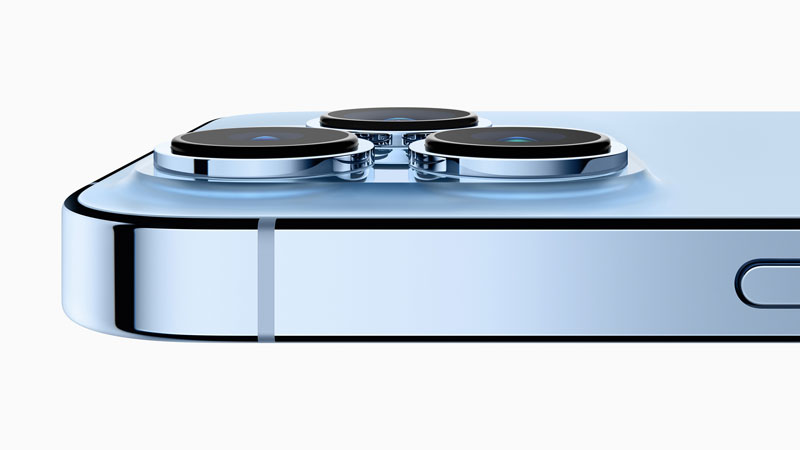 Unfortunately, there's no Touch ID on these iPhones and it still only has Face ID for biometrics. It's a shame since many people using their iPhones outside are wearing masks and they have to go through the hassle of typing in their passcodes to unlock their iPhones.

On the bright side, the lineup comes in many colorways and storage options to choose from. The iPhone 13 and 13 Mini come in white, black, blue, red, and finally, pink and bumped up storage options of 128GB, 256GB, and 512GB. Meanwhile, the Pro and Pro Max are available in four colors: graphite, gold, silver, and a new light blue. They also get bigger storage options ranging from 128GB to 1TB—the most storage Apple has ever offered on a phone.

Get your wallets ready. Here's how much starting prices are for these iPhones:

Double tapping the Apple logo, quick scanning QR codes, and other functional iPhone features you need to know about

It's time to stop the rumor mill: Albert Einstein's grades show he was actually good at math in high school