Style Living Self Celebrity Geeky News and Views
In the Paper Shop Hello! Create with us
Instagram/jasonmarvinph

"I won't believe in love again."

This was the reaction of Moira Dela Torre's fans when the singer trended on Twitter today, April 14, following rumors of her alleged breakup with her husband Jason Marvin Hernandez. 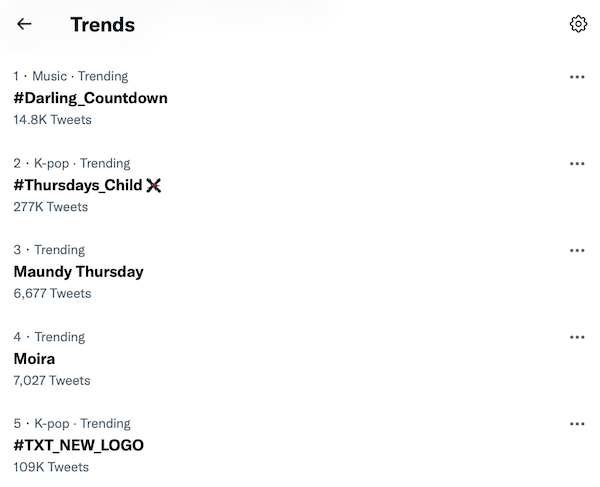 The couple's rumored split began making the rounds online when eagle-eyed fans noticed that the "Queen of Hugot Songs" seemingly deleted all photos of Jason on her Instagram feed.

As of writing, there is still one photo of Moira and Jason on the singer's Instagram account — one that captured their romantic dinner date in ANGKLA Beach Club in Palawan. The post, dated February 2, was published in partnership with Xiaomi.

MOIRA AND HER HUSBAND JASON WERE SEPARATED? MOIRA DELETED ALL OF THEIR PHOTOS ON INSTAGRAM AND SOME OF THEIR VIDEOS TOGETHER ON TIKTOK, REMOVING HER SURNAME "HERNANDEZ" ON HER PERSONAL FACEBOOK. AND NOW TRAVELING TO SINGAPORE WITHOUT THE PRESENCE OF HER HUSBAND. pic.twitter.com/WNnH5TGuCQ

If moira's issue splitting with her husband were true, I dont believe in love anymore. Period.

when i said that moira is the taylor swift of the Philippines i didnt mean about the break up part. if the rumors are true then i am so sad. they were a match made in heaven. :((

In addition, fans pointed out that Jason's new song "Wag Kang Lalapit" speaks about a couple going through a rough patch in their relationship.

moira deleted all her posts with jason in IG and tiktok and this was jason’s latest IG post 🥺 pic.twitter.com/RBzWoJc9Yn

Moira debunked the rumors with an Instagram Story uploaded at 5 p.m. today, April 14, that shows her and vlogger Mimiyuuuh dining at a restaurant. "Look @jasonmarvinph ur favorite [lobster emoji]," the singer wrote as the caption.

Moira and Jason have been friends since college and got engaged on April 29, 2018 during the music video shoot of Moira's song "Tagpuan."

They had their civil wedding rites on January 8, 2019, followed by a garden wedding on January 14 the same year in Tagaytay City.

7 Hallyu-approved ‘fits to wear at a K-pop concert, as seen on our fave idols